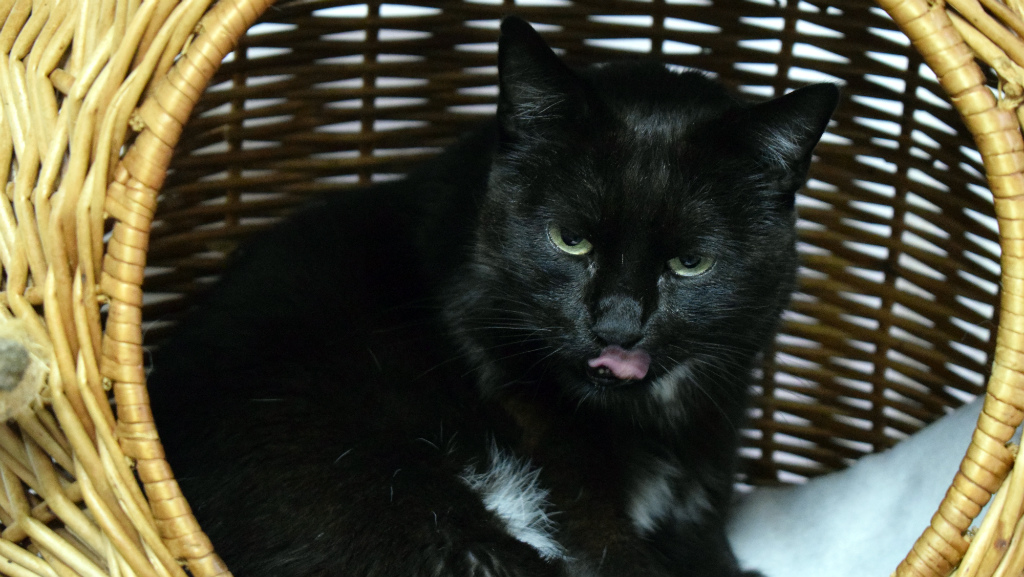 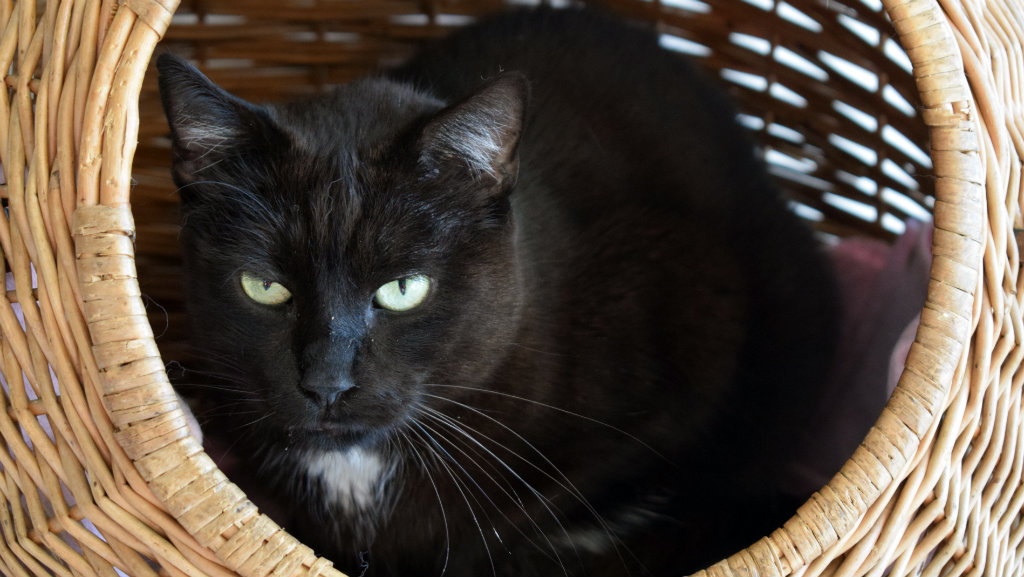 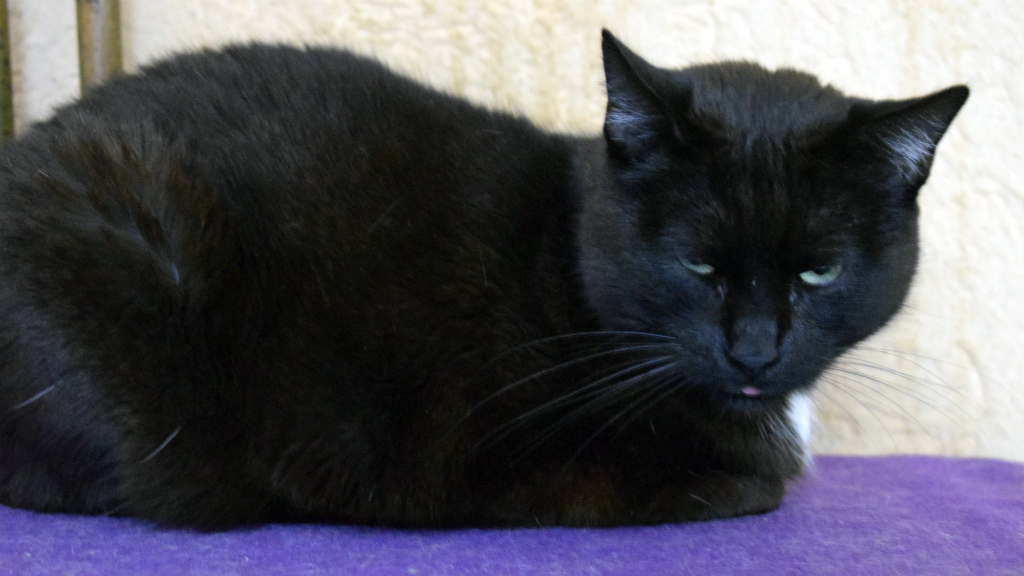 Erin comes from an area with lots of cats, many of which are taken care of and sterilized by the tenants. But because they were not vaccinated, the diseases could not be avoided, especially as cats found shelter in the winter in the cellars of the blocks. Or at least they used to, until they closed the entrances to the cellars, leaving the cats without shelter, to endure cold and rain, trying in vain to find other places where they could be protected. It is also the case of beautiful Erin, who had arrived at the vet’s with a very bad flu, to be sterilized. It was already cold outside, and her return to the area would certainly have led to the worsening of the disease. So, after a first treatment, she stayed with us. She was good girl and not very shy, but scared of the new place and the people she did not know; she liked to stay in the warm room, and sometimes go outside into the yard for a breadth of fresh air.

But after a few weeks, the disease returned: when she was breathing, you could hear a weird whistling, and her nose was also clogged most of the time. In the following period, we tried all the available treatment options, but with no results. All we could get was an improvement, but not a complete healing. The whistling sound was sometimes stronger, sometimes weaker and it hasn’t disappeared ever since.

It’s been more than four years since beautiful Erin came to us but never had the chance to go to her home because of this chronic bronchitis she suffers of. No one wants a kitty who occasionally needs treatment, although this seems to be her only problem. She is friendly, but not begging for attention; she rather waits patiently for her turn to be cuddled. And she is loving it! She is quite withdrawn and such a good girl! We usually find her in a basket or on the radiator, looking at what’s going on in the room. She does not go to the plates of food with the other cats, but she does not say no either to a bowl of food just for her, especially if you cuddle her just a bit before putting it in front of her.

Erin has adapted pretty well to shelter life, but that does not stop us hoping that perhaps, one day, she will be fortunate enough to be noticed by a human who will not be bothered by her noisy breathing or a visit to the vet’s from time to time, and will give this amazing cat what she never had before: a home and a family, and last but not least, lots and lots of love and attention. If that were the case, surely Erin would be the happiest cat in the world!