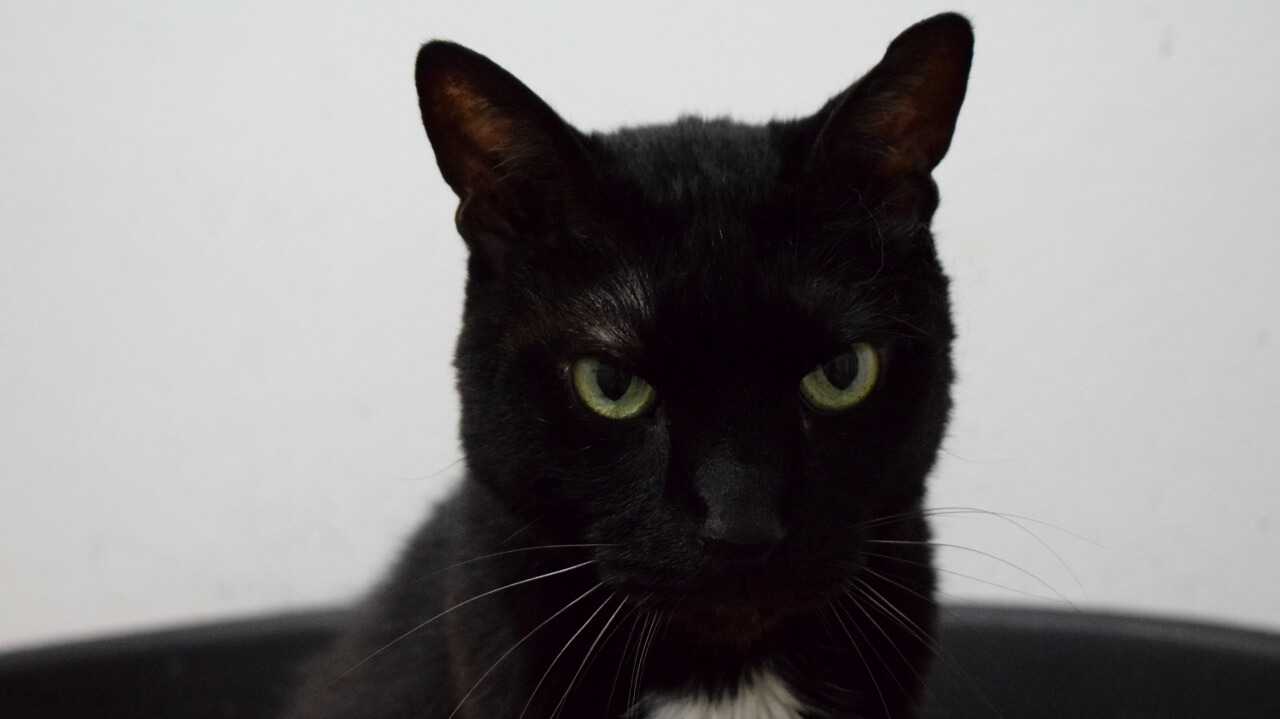 It’s been more than two years since we were asked to take in a cat whose human mom died… We were crowded, but we couldn’t just let him be taken away to the countryside, left in a yard, without much care – because that’s what his human mom’s family intended to do. We welcomed a broken cat: after a lifetime with one lady, he couldn’t probably imagine where she had gone, what had happened, why was she no longer there to protect him and love him. Because of the stress and grief, lots of his fur was missing. He hid in a basket and stayed there, not to be approached. However, if we dared to, he was defending himself by hissing and slapping… So the only thing we could do was grieve with him from a distance, unable to give him comfort or to make it easier for him. We admired him for his loyalty but also regretted he just couldn’t forget… How could he? He was happy with his lady… and now she was no more.

Kiki always got his food separately. He really did not like cats or people approaching him for a very long time. His fur started to grow back slowly, he was walking even when we could see him and we must say, he was gorgeous! A tall, black cat who imposed himself and his own rules around him. And surprise! A sweet guy too, who asks for little cuddle when he feels like it, we just need to be very careful where his limit is. The slapping and hissing did not stop to this day, but it’s more and more rare. Also because we learnt that if he has a bad day, we should just ignore him until he’s better. He can be very easily stressed: at one point, he had teeth problems and we just had to go to the vet’s. He was sedated, some teeth pulled out, others cleaned. He ate much better afterwards, but… his fur fell out once again. He really hates change, and vets, and so many cats around him!

With the new location, space is smaller. So what Kiki did was find a shelf just near the entrance, conquer it and wait for us there. And of course, for his very own bowl of food. He was thanking us by letting himself be petted for just a little bit more. But lately, volunteers, one by one, started noticing that he wants even more! He needs more! The brave put their faces right in front of him and watched for signs. Sometimes, he doesn’t want to, but other times he just rubs against your face and purrs, purrs, purrs… He shows you his belly, he walks on the shelf, very proud for being given full attention and then… rubs again. Other volunteers noticed that he just loooves hair, so we now stay with our backs to him, leaning against the shelf. And we must admit, the love we get cannot be described, we are overwhelmed by the affection this guy is showing us!! Yeah, jumping on our backs hurts a bit, but who cares?

We must have done something good, right? But what exactly? First, we did not mind a few scratches or slaps. Second, we gave him all the time he needed and spoiled him the best we could. We never pushed him or asked for more than he was willing to give. We understood his grief, his anger, the injustice that was done to him by being treated like an object you don’t need, even if it belonged to your family. We looked for signs and when we had them, we gave him what he wanted: love. And third, we respected the limits he imposed, his bad days and his character. We truly accepted all of him! And we love him just the way he is!

The only thing we cannot give Kiki is… peace and quiet. He’d really love not being surrounded by such a big crowd, so he can live his remaining years doing what he loves, with his own family, in a home where he is accepted fully and unconditionally, for better or for worse, until the end…