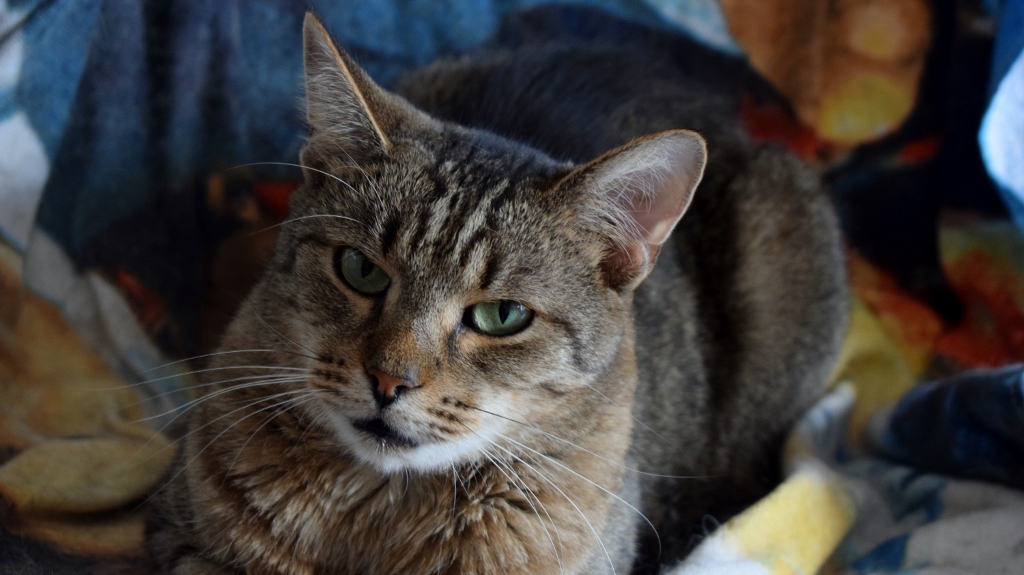 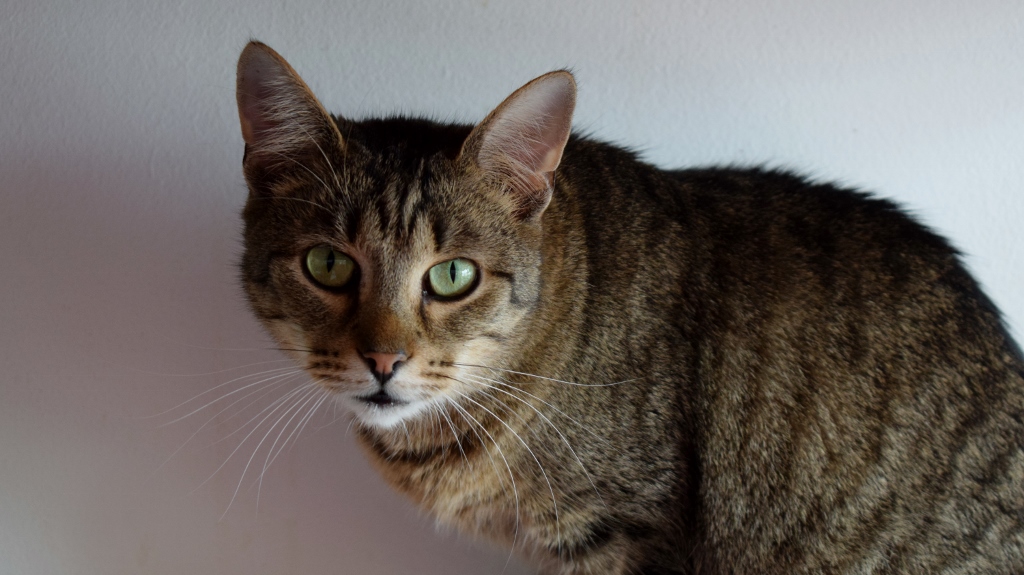 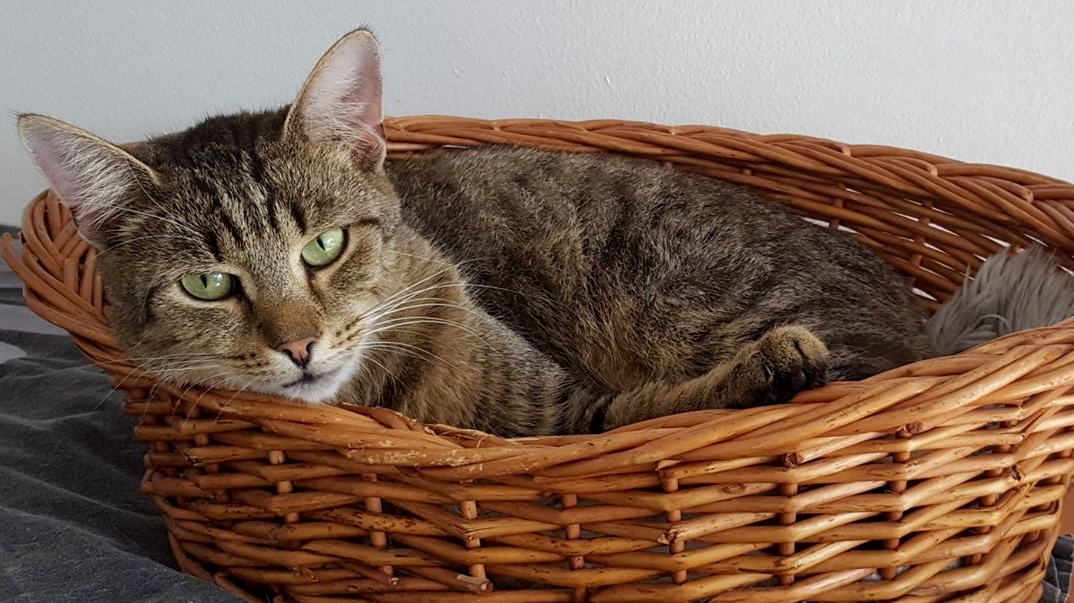 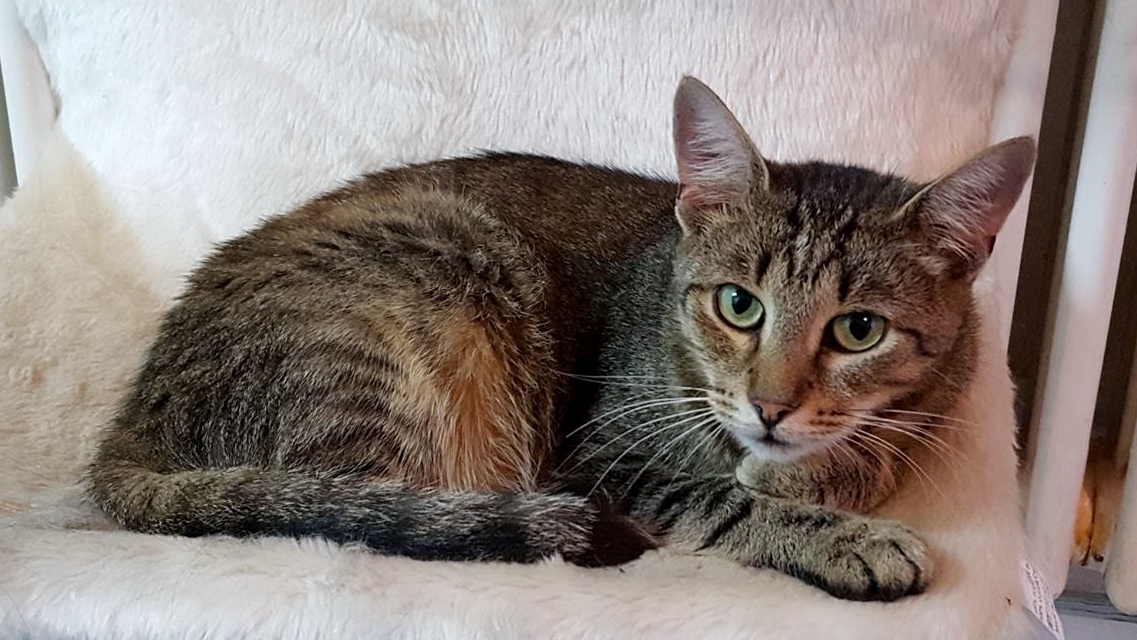 Rogue was born on a farm where her mom took refuge, probably in the quest for a sure place to live in and some food. She grew up together with her brother, Rocco. The mistress of the farm fed them for a while, but she had too many cats, not to mention many other animals, so that she did not manage to keep those two forever.

Rogue and Rocco were young when they came to the shelter, around 7-8 months of age. But they were also very scared and could not understand what they have done wrong in order for them to be sent to the shelter… They hid when they saw us and they didn’t let us pet or cuddle them. Despite the fact that we took them in our arms, they didn’t trust us for a while. In the end, Rocco decided that he liked to be cuddled and we became friends. Rogue, on the other hand, opted for keeping a distance of a few meters between us every time we met.

Rogue joined the other shy cats and it seems that they encourage one another to keep their distance, not to get closer to us. At the old place we rented, she just loved sitting in the sun and was never to be touched. At this new place, it seems that she is starting to change, just a little bit. A little bit after almost 5 years in a shelter, that’s something! Could we dare say it’s like a small step for a man but a giant leap for Rogue? We could even touch her a few times, just a little bit! And thanked her for letting us do that because what we used to see was a cat whom we thought to be lost for good for human kind. Now, it’s like the sun starts coming out from beneath the clouds for her and we’re thinking: maybe there is hope for darling Rogue too! We know, she is a traumatized cat, her trust in people was completely broken but maybe, just maybe, she will be kind enough and revise her decision of keeping away from humans.

If, if she finds a family, it will definitely be a challenge to gain her trust. It seems that only-inside spaces make her feel safer, so that is what we recommend. Also because she will need lot of time to adjust and running away is not an option. Or, maybe, like in the fairy tales (and we’ve seen quite a few), she will suddenly change into a sweet, loving cat, although we would bet on her hiding, refusing human touch for some time.

Point is this: this girl shows signs of change after almost 5 years! Maybe she got sick of staying in a shelter and refusing human touch! Maybe it is her time to change. But maybe, just maybe, there is someone out there looking for her and she feels that! Maybe, she is preparing to meet that one and only human being who is meant for her, who is meant to have the patience, the time, the understanding and the love she needs to finally turn into a butterfly! Could this be true?