I like to: get my own bowl of food 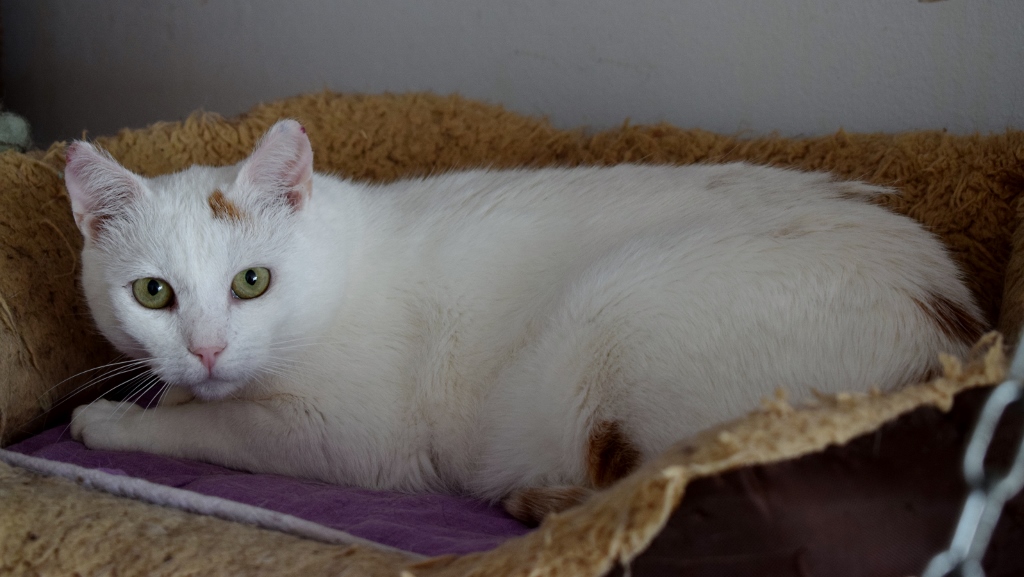 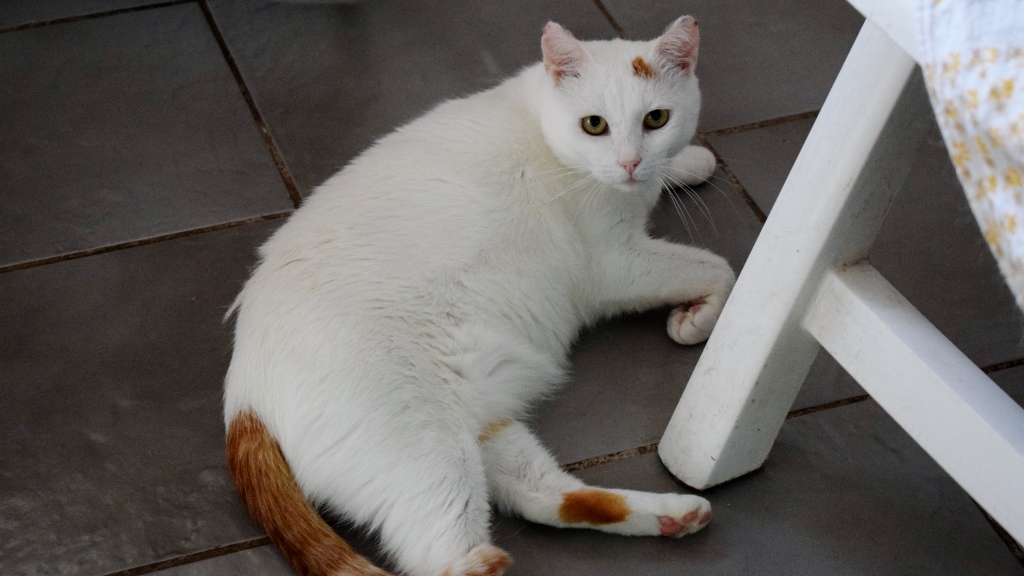 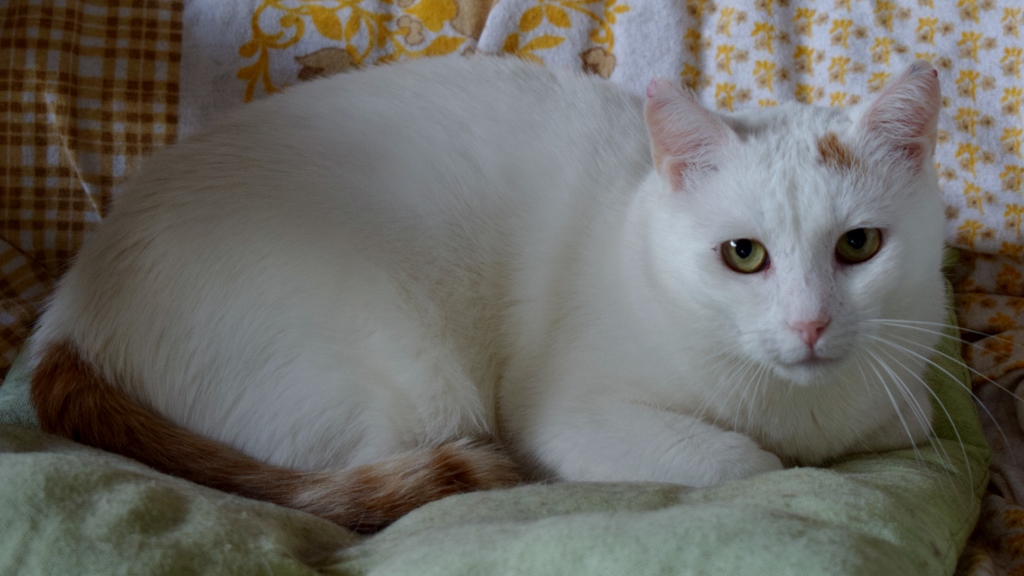 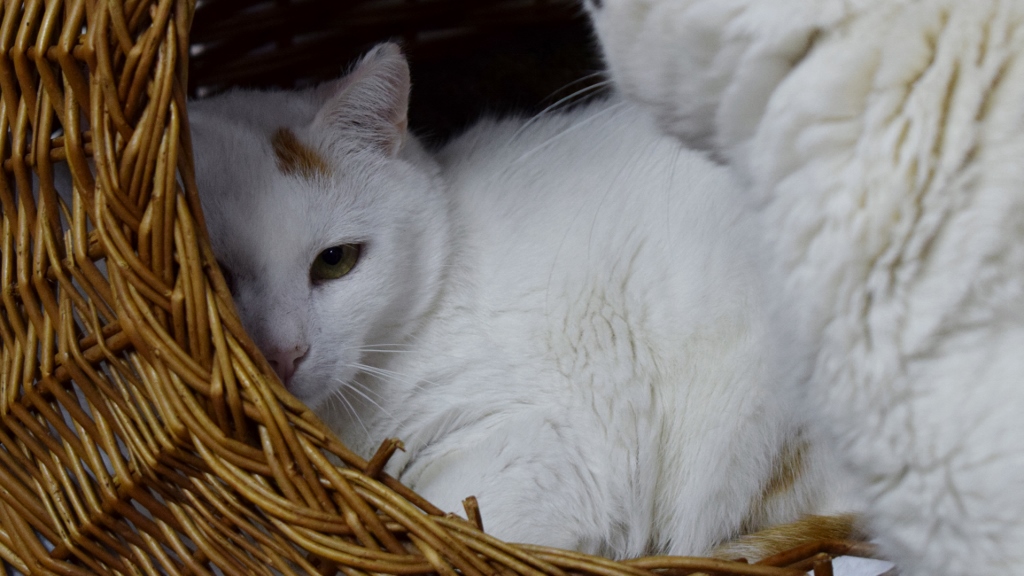 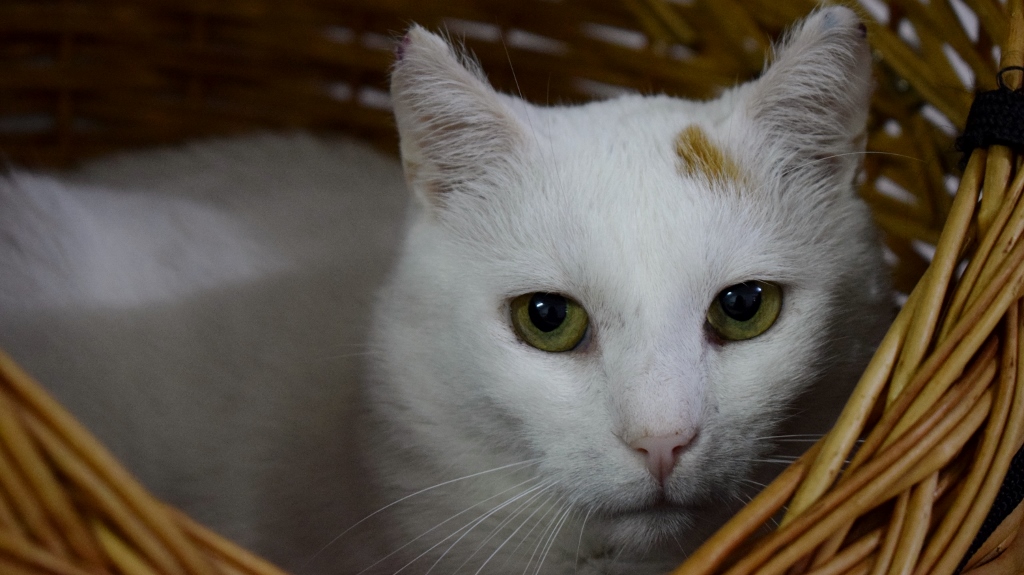 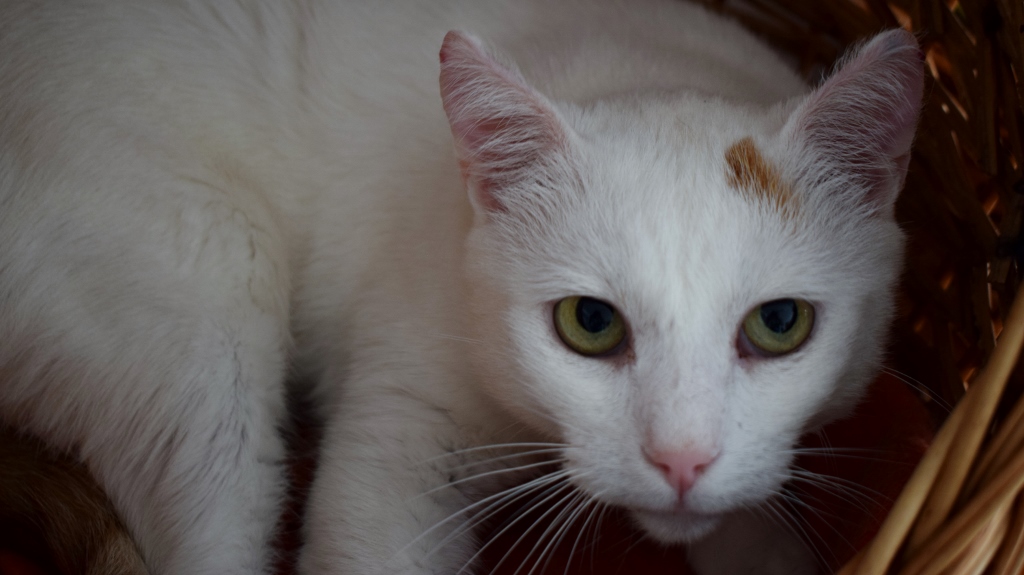 Cody’s mom, Abby, came to our kitchen from the neighbourhood, at the old shelter. She was a very shy cat and would hardly allow us to approach, even if our only intention was to give her a bowl of food. There was no way to catch her, we wouldn’t even see her for days! She probably had a home, but most likely she was never allowed indoors or given attention. Otherwise, we couldn’t explain why she became a permanent resident of our kitchen.

Soon after, she disappeared, just to come back some months later, followed by her kittens – as shy as she was. But they were also very very sick so we took to the vet the ones that we could catch. Sadly, they all passed away, except one: Cody – the wildest of them all.

We witnessed, in the months to come, what a cat mother’s love means, how much care and attention she had for her only kitten whom she taught everything she knew. She even showed him that we are not bad people by allowing us to touch her and by coming every day to the kitchen – which was now their home. But Cody did not believe that and the only one he accepted was his mom, Abby. He grew to be very close to her and never left her side, even after they were spayed and neutered. He insisted to follow his mom everywhere, to sleep with his head on her back or glued to her.

When we moved to the new place, we could catch Abby but not Cody, so they both stayed at the old shelter for a little longer. We believed that without her mom, Cody would have just strayed away looking for her and never come back. There were many attempts to catch Cody but none was successful. They even disappeared for a while as there was much noise and many strangers in the area. Until one evening when they were seen in the kitchen, sleeping. They must have been very hungry because Cody did not even care when he was lifted and put in a transport box. Neither did Abby. They were in pretty bad shape, dirty and much thinner than we remembered.

We were so very happy to welcome them! Even if they weren’t… For weeks, Cody could not find his place, looked depressed and barely ate something. Most often, he would hide where his mother was, even if that meant to sit completely glued to her. Abby adapted faster than him but her shy character surfaced again. It was heartbreaking seeing them so unhappy and we often wondered if we had made a mistake by bringing them with us, taking away their freedom… But how could we have left them behind? They chose us as their family and depended on us for food and care. The proof was their going back to the kitchen, even if we weren’t there anymore, probably waiting for us to come and feed them. They had no place to go…

They started looking better after some weeks, both of them, fur shiny, even gained weight. They were walking in the shelter calmly when we were farther away, so we hoped that it was not such a bad life after all. After more than a year, Abby had a chance to go to our friend in Holland, to look for a home, so we took it because she deserved more than a shelter, and keeping her here just for the sake of her son, would have been a mistake, we thought. She was returned twice already because she finds it so very hard to adjust and nobody seems to have the patience she needs, except our friend to whom she opened up beautifully and whom she deeply loves.

Cody was completely lost for quite a while after his mom left. We don’t think we fully realized how hard it was for him to be on his own, without her by his side. We did what we could, trying to make it easier for him, but it was very hard to reach him, as he doesn’t allow anyone to touch him. We gave him the best food we had, always separately, we tried to speak to him, to comfort him. It was only some months that he seemed to feel better, to play a little with the crazy new cats who were turning the shelter upside down. Still, he doesn’t allow us to get close to him or, if he’s in a basket when we approach, he hisses and makes himself small, curling up and just waiting for us to go away. The only thing Cody does accept from us is that bowl of food he knows it’s for him, nothing else.

When it’s very quiet in the room, we can sometimes see Cody walk around, drinking water, eating dry food. He’s not that shy anymore with the other cats, he just doesn’t like those who chase cats around, the bad boys. We cannot help wondering if he would ever let us touch him, cuddle him a bit. We would very much like that, to earn his trust. It’s almost sure by now that he will never have his own home, that he’ll stay with us forever, despite being a very handsome guy. His fear is so deep and his trust is so broken that it’d take months, maybe years in a home until he would open up to that family. And who would have such patience and such love? Who would accept Cody? Well, maybe someone like us…