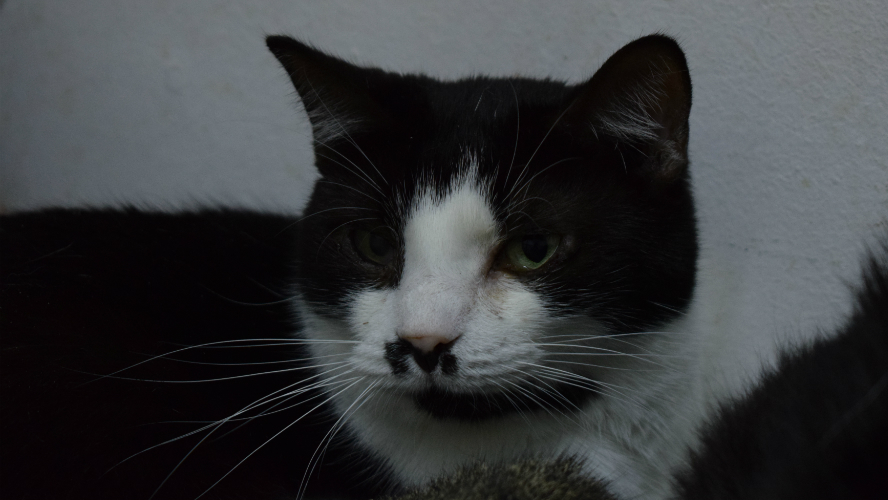 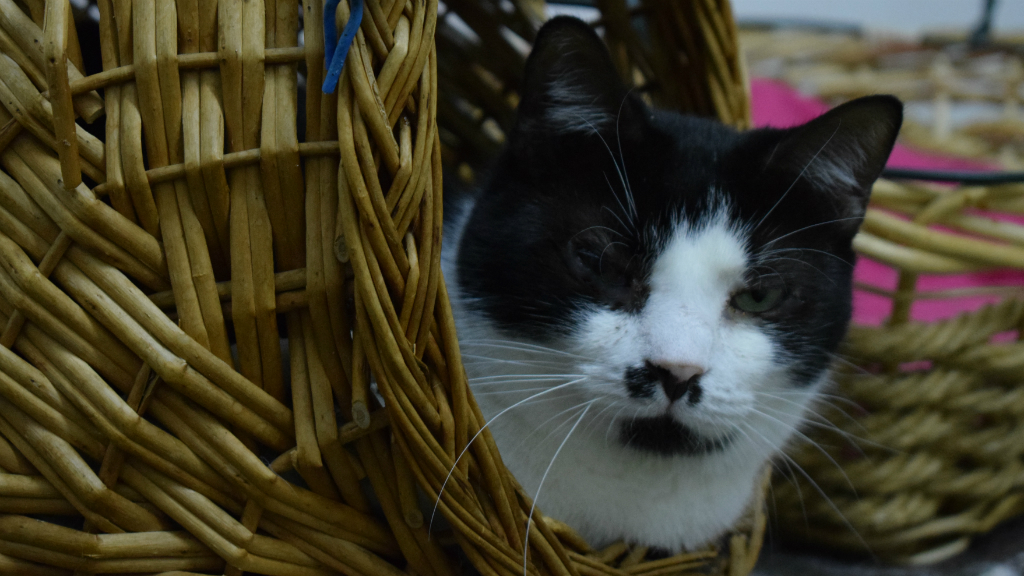 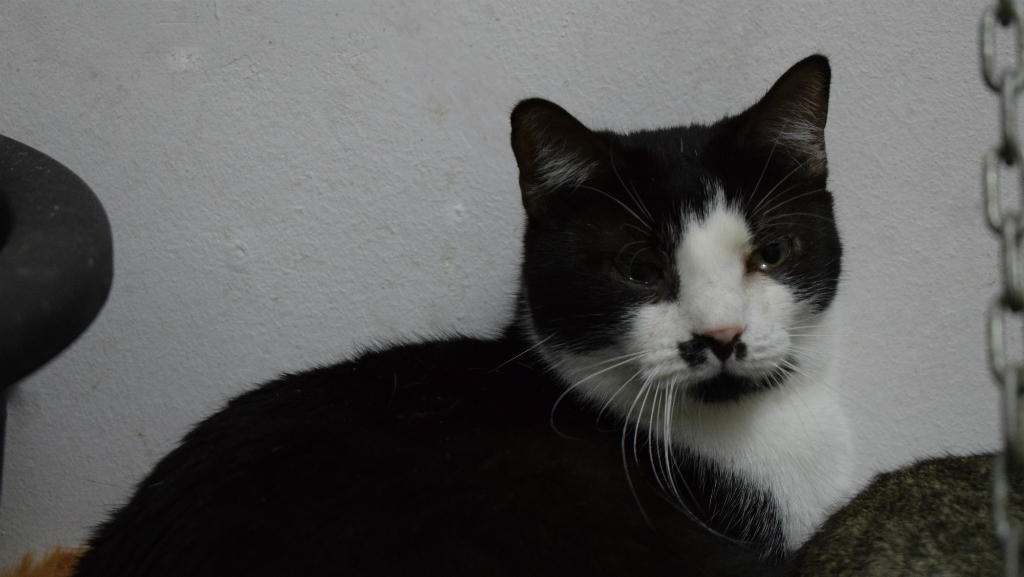 Ray came to us in a year when we had the most kittens ever! He was not alone, but with his brother and sister, all three of them skinny and sick. We took care of them, which was not easy at all, the boys being very very shy. And so they remained for a very long time. For a while, until some of the kittens were adopted, Ray and his brother got lost among the many other cats and being so scared, you could barely see them. They were not asking for attention, all they wanted was peace and space so any attempts of getting close to them resulted in them being even more scared. So we had to stop pushing or asking them to like us. We made peace with the idea that Ray and Ben would be among those the cats who would stay in the shelter for the rest of their days. Yes, we love them, yes, we spoil them but it will never be what a family or home can offer.

Two years after Ray came to us, we had to move to another place – which was not taken easily by the cats or us, for that matter. For some shy cats, whatever progress we had made got completely lost while for others, surprisingly, things got better after a few months. Ben grew just a bit friendlier, but Ray remained unchanged: although he’s not hiding anymore and seems to enjoy the company of other cats, he still wouldn’t allow us to touch him or get close to him; the smallest gesture – even if it’s putting a bowl of food in front of him, represents a reason to run.

We are happy though to see Ray playing or sleeping peacefully in some basket with the other cats. Sometimes he is trying to play the boss of the room, especially with the shy cats, but he’s usually a good boy. Maybe, the day will come when he’ll be friends with humans too, at least with us. But we secretly hope that there is someone in this world who will give him a real chance and, even if it’d take years, we will see Ray one day purring happily on the lap of his human. Until that day, we will take care of him and we’ll do our very best to give him all the love in the universe.