Home » About us » Over the rainbow » Whispurr

I don’t like to: be the first at the plates, I let the others go first 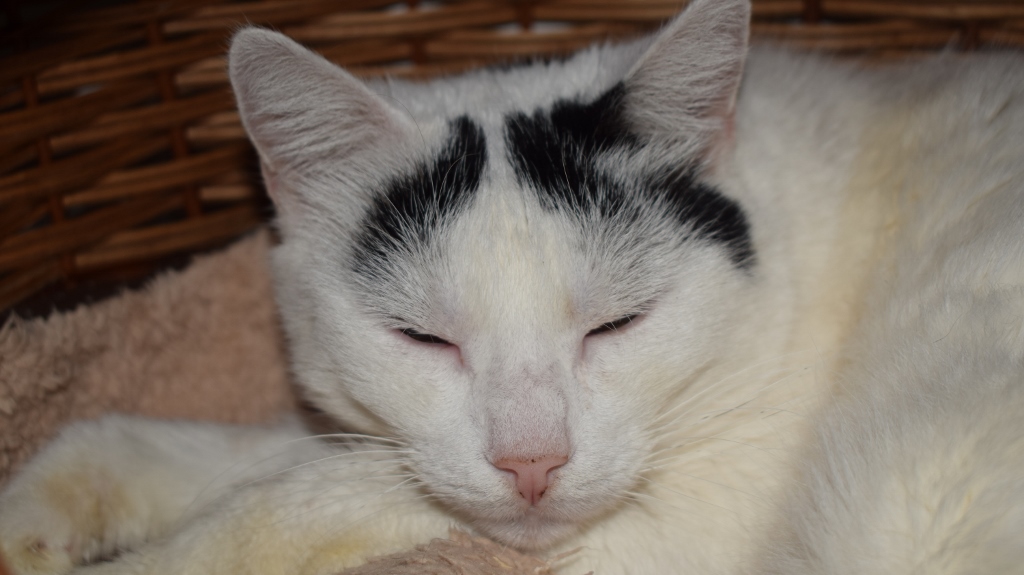 This lady whom we named Whispurr was found lying completely exhausted on the side of a road. She looked as if she were dying or already dead. A kind-hearted woman noticed her and rushed to see if there was something she could do to help the poor cat. Surprisingly, she was alive but she had so little energy that she could barely lift her head from the ground. Her rescuer lifted her up and rushed to the vet.

Whispurr was so malnourished, the vet said, that it was a miracle she could even breathe, let alone fight the ugly mange she had. He agreed to keep the cat until recovery and spaying, and so he did. Three weeks later the cat was returned to her territory – or at least where she was found, where she was waiting every day for her rescuer to come and feed her. Every day, in the same spot. She was used to the streets, the woman thought, because Whispurr was deemed to be over 8 years old at that time.

Everything seemed to be fine until bad people happened. The woman called us crying as she was verbally abused by a man for feeding the cats and she was afraid he would hurt Whispurr, especially because she was the only cat in the area who wouldn’t run or hide. So she brought her to the shelter.

For the first two weeks, all Whispurr did was wait for us near her hiding place, let us know she is there so we can feed her. Nothing more. She would eat all her food, like a good girl that she is, never beg for more but accept both more food and cuddles from us – soft cuddles, because she’s afraid being picked up. That’s when we named her because she was as quiet as a whisper. Later on, she learnt that there is a window nearby her basket and she can sit there quietly, enjoying fresh air and peace, looking out of the window. That’s how we found her lately, up on a shelf, sitting quietly and watching the streets.

Whispurr, we must say, is one of the most quiet cats we have ever seen. All she wants is peace, food and love. She never asks for anything, although we started spoiling her with goodies to teach her that it’s ok to ask for something if you want it. Hopefully she learnt at least that we mean no harm. She still wouldn’t allow us to take her in our arms, or cuddle more than she wants. But it’s ok, we understand.

Despite her age – although we don’t believe she’s old – Whispurr is looking for a home of her own. A quiet, peaceful, loving home. She has half of life ahead of her and it would be just sad to live it in a shelter. She deserves a chance to a happy life, a new life with her own family. She’s a cat with an unknown past but we would very much wish that she be a cat with a happy future, even if she is like a whisper, quiet and barely heard.