Home » About us » Over the rainbow » Puques

I don’t like to: be approached for anything but food 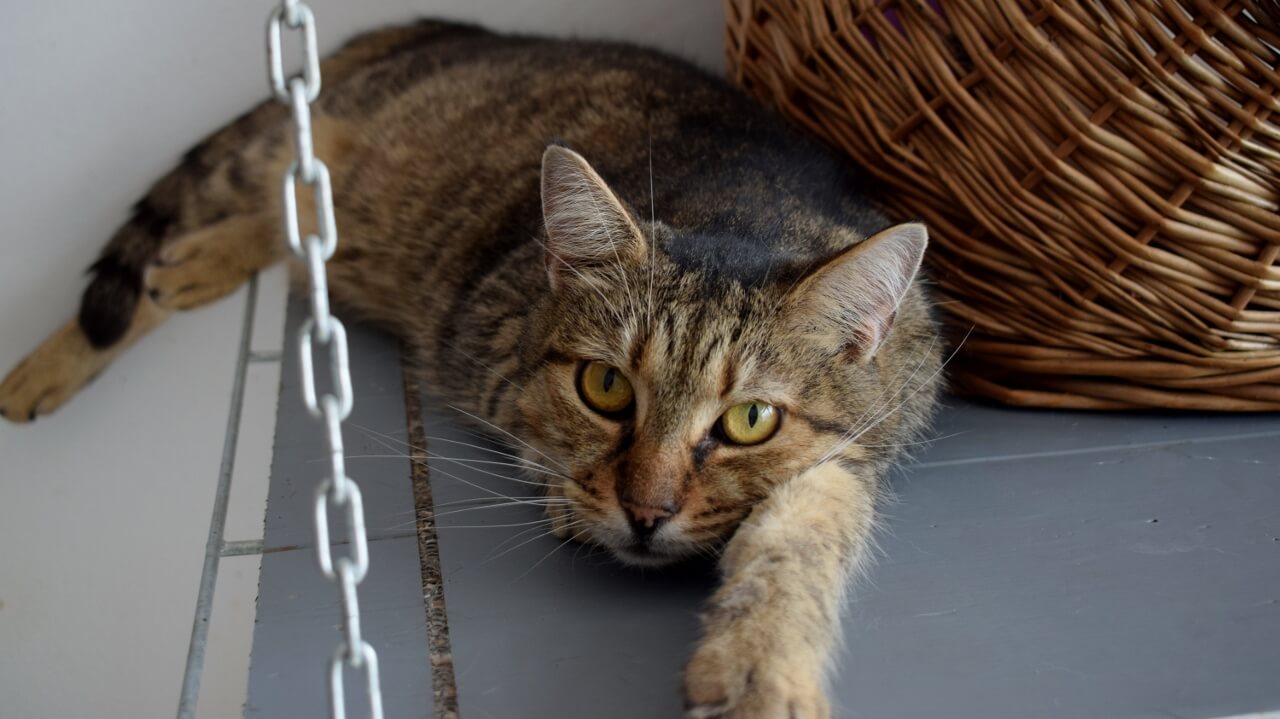 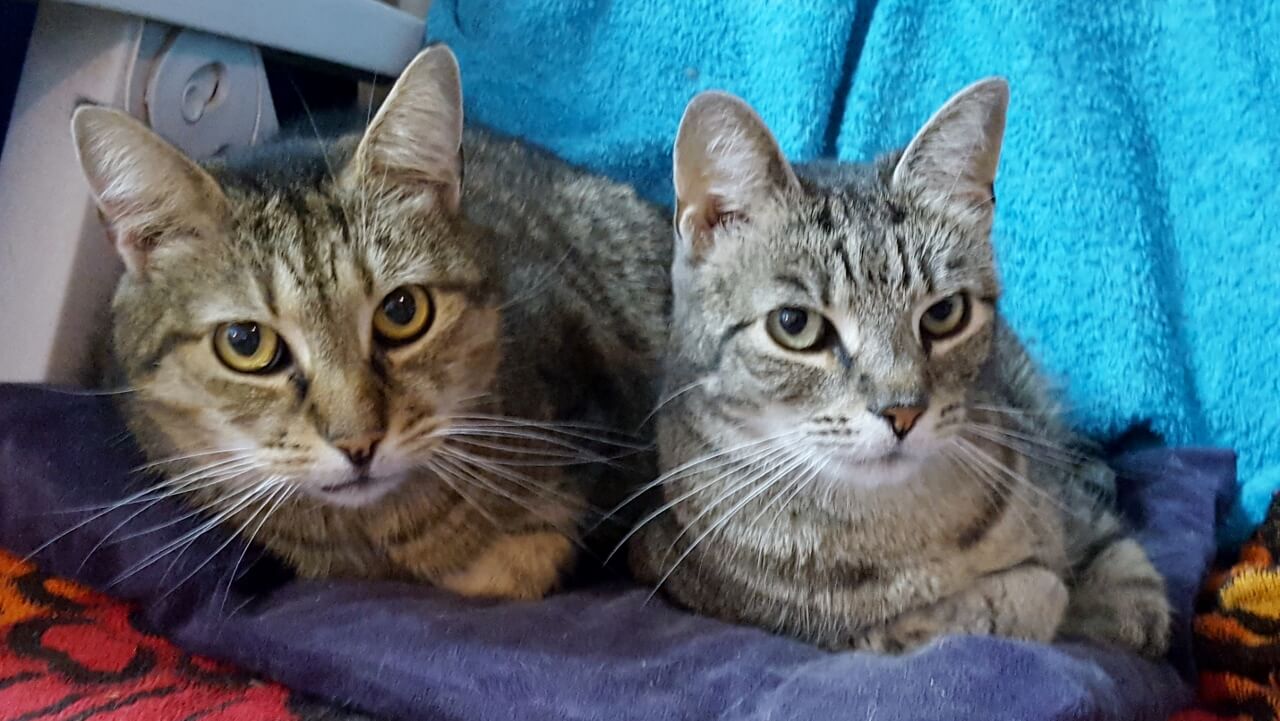 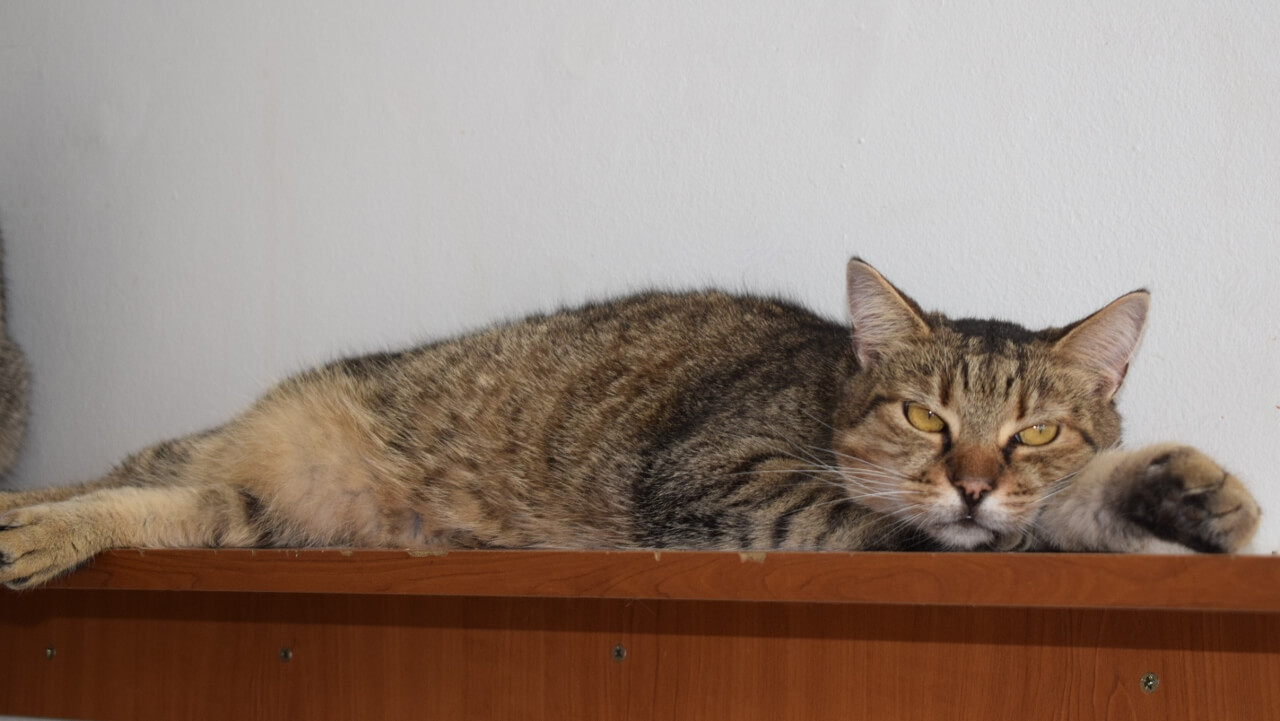 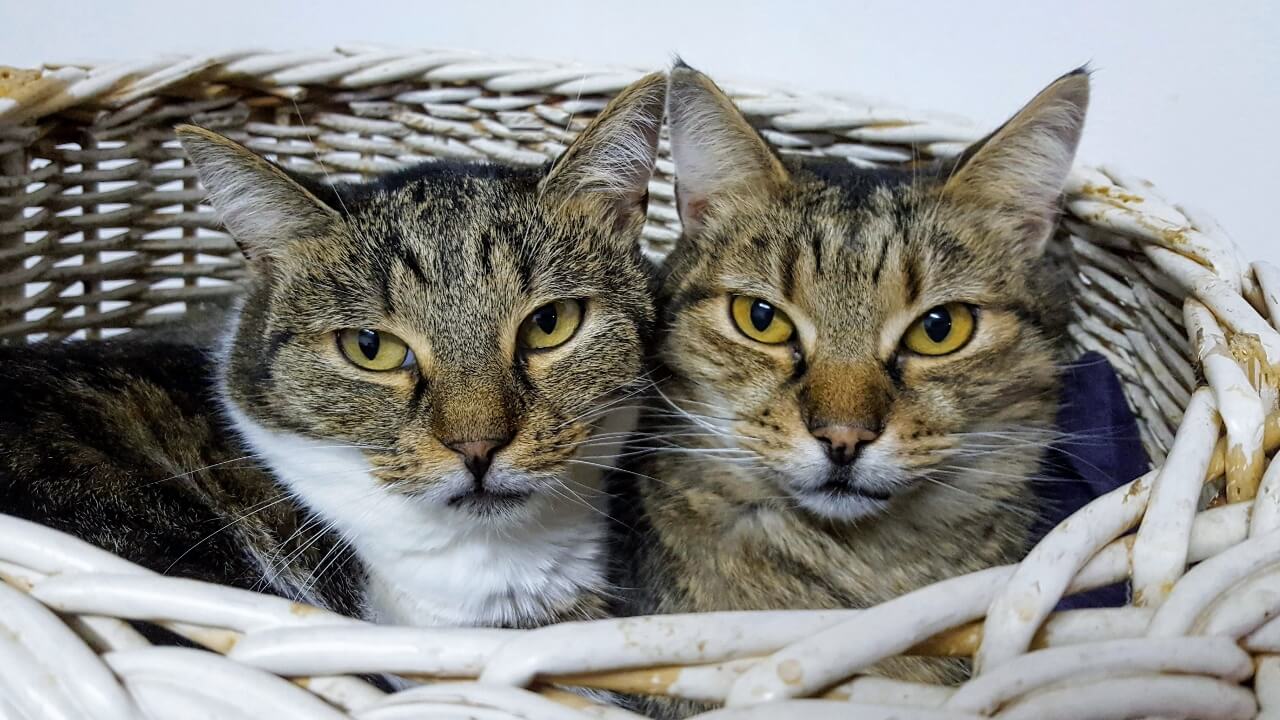 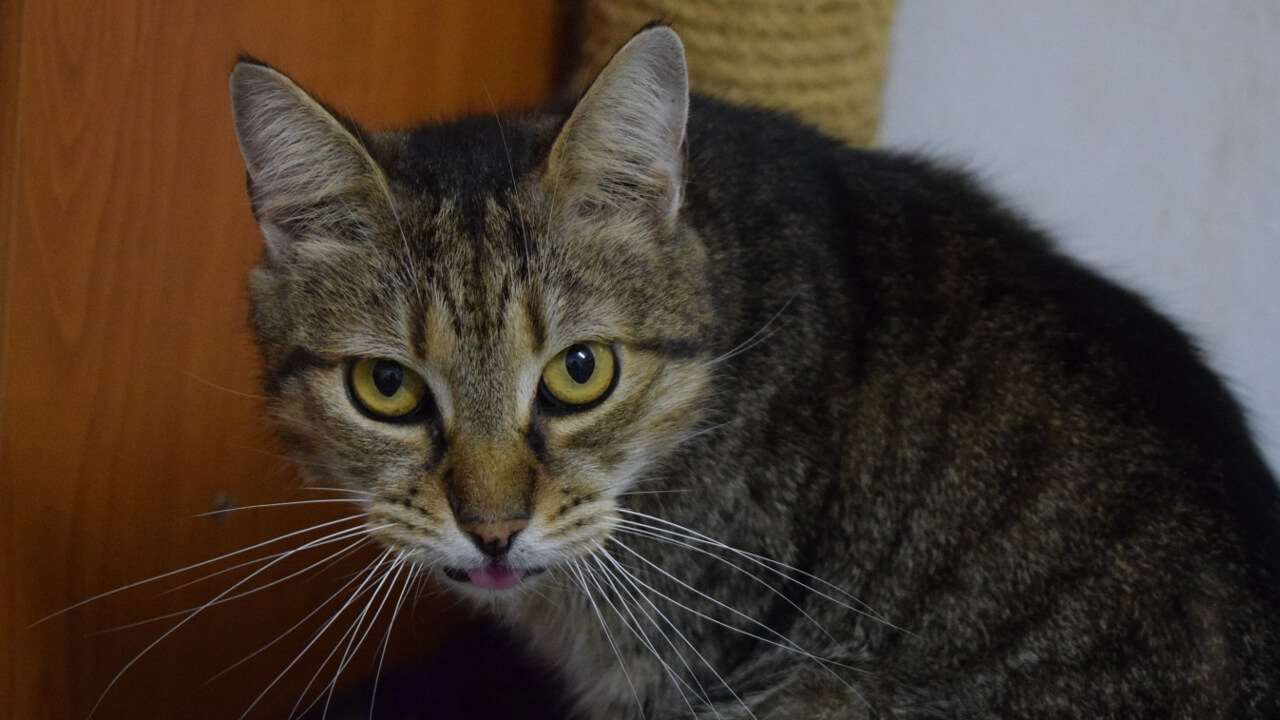 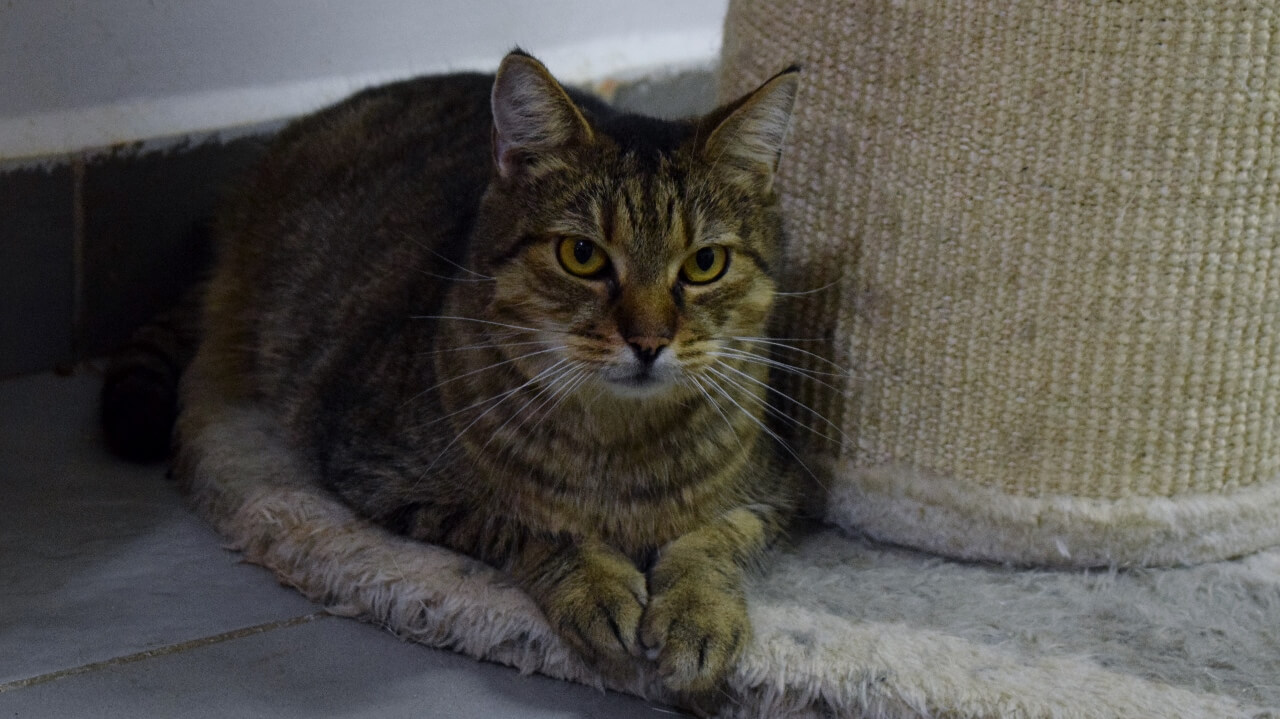 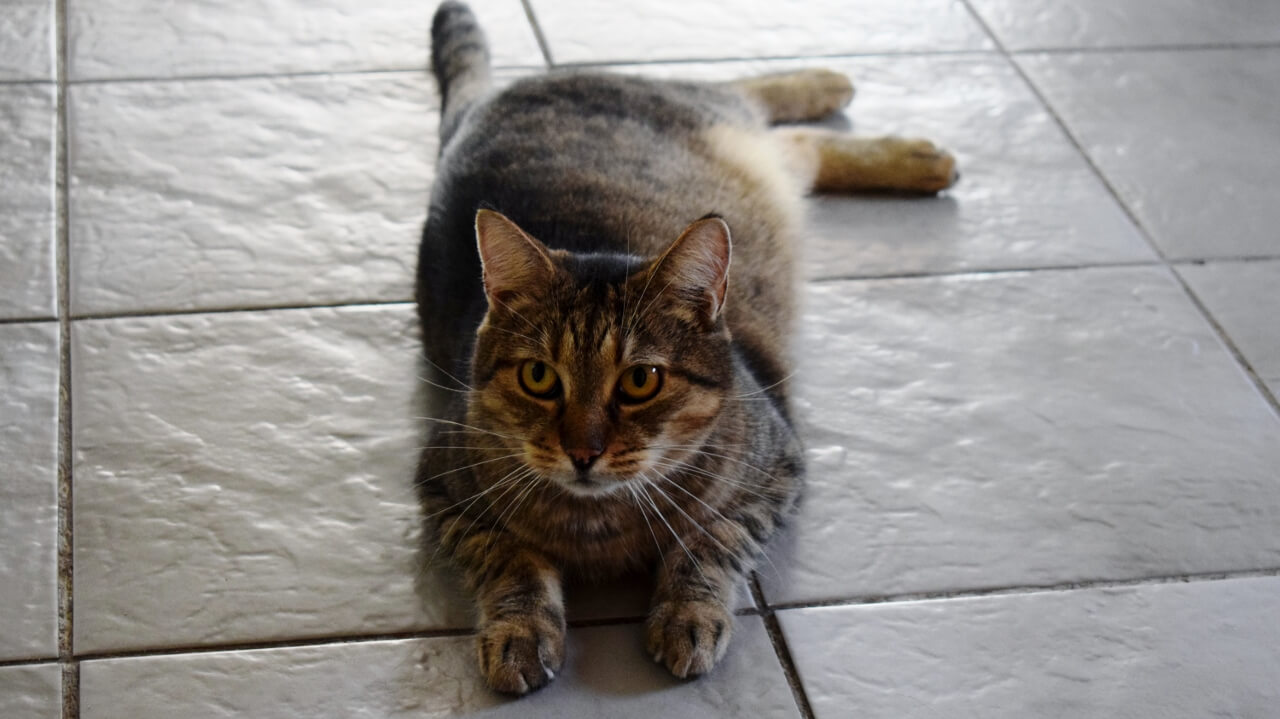 Puques and his friend, Two-Face, were taken care of and fed for a couple of years in the yard of a restaurant by an employee. But because they “bothered”,  the owner decided to get rid of them, threatening to poison them.

They were trapped with difficulty, although we were told they were friendly cats, who want to be cuddled and love attention. Not even by far! Or, the trauma was so deep that it took years until they finally decided to get closer to people. They were both very frightened and shocked by all that happened to them when they came to the shelter. After being allowed together with the rest of the cats, Puques calmed down a little bit and became more confident. But his wild and restive character is still there – up to the present day. He doesn’t allow to be petted, but is always right next to you, hunting the moment you’ll bring some goodies. He even dares to come to the kitchen, to see if it’s food o’clock or he must wait some more.

Lately, he has gained enough courage to take the piece of meat right from our hand; he even hits us softly – to make us drop it faster, of course. He gets very close to us, but not enough to be touched. We understand this guy, we’re happy he’s relaxed and we are waiting patiently for the day when we dares take another step forward… He seems at peace now with the new place, although he was among those cats who took the relocation very badly – as he also loved to go out a bit, bathe in the sun and have more space to move around.

We were thinking one day… Maybe this wild nature of his makes him so beautiful and attractive for all the cats around him, who are always in search of his company. He is a real Don Juan, one with very expressive and large eyes. He’s the first to welcome a new cat and accompany her, as if giving her a tour of the place. At least, he’s friendly to the cats, even if he’s not friendly to us, and it’s quite useless to explain to him every day that we too love him, and that we’d like to cuddle him just a little. He’s not listening and the answer is always “no”.

What will the future bring for our handsome Puques? He will most likely stay with us for his entire life. Of course we still hope that there is someone out there for him too, someone who would be content just to spoil him and admire him from a distance, but everybody prefers the cats they can touch, even if later on. Who knows, maybe even Puques would give in if he had the chance. But the fact is, for now, that human hasn’t showed up so our beloved guy can continue to do his job in the shelter: that of Local guide for new cats. Because he knows what it’s like to be scared, to find yourself in a new place, and he probably doesn’t want others to go through the same fear like he had gone, more than 5 years ago…